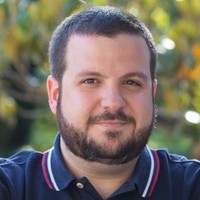 What is Apache Geode?

One year and a half ago I started working as open source developer, with the goal of contributing to Apache Geode. When I tell people I work with Geode, most of them don’t know the product, but when I tell them what is Geode they are able to name 1 or 2 similar products (actually that happened to me first time I heard about Geode :) ).

This week I gave a presentation at work that included a short introduction about what is Apache Geode, its main components and features… I thought that it could be a good idea to write down what I presented (although it was just a basic introduction) and publish it as a contribution to spread the word about Geode. And this post is the result. So let’s start!

What is Apache Geode?

There are a lot of definitions out there, but I like this one I saw on other Geode presentation:

A Geode cluster is mainly composed by cache servers, regions, locators and clients.

Clients are used by applications, and provide a local cache to them.

Servers’ are in charge of hosting regions, which provide key-value storage. These keys and values can be complex Java objects. Regions are ConcurrentHashMaps, so as any hash map values are stored in buckets and a hash of the key allows to distribute the data in the different buckets.

Depending on how you handle these buckets, there are different kind of regions:

After putting together some public information available in the internet, I think I have compiled something like “the unofficial story of Geode” :) :

It all started in 1982 when GemStone Systems was founded in Beaverton, Oregon. This company had two products called GemStone/S and GemStone/J ( ‘S’ stands for Smalltalk, and ‘J’ for Java). In 2002, they released the first version of GemFire, which it seems was based on GemStone/J. In 2010 VMware acquired GemStone Systems, and three years later they sold the GemStone smalltalk business, which is the origin of a new company called GemTalk Systems.

Also in 2013, Pivotal is created as a VMware spin-off, so GemFire became Pivotal GemFire. Two years later in 2015 most of Pivotal GemFire code base is donated to the Apache Foundation, entering in the Apache incubator as Apache Geode.

Finally, in 2016 Geode became a graduated project. Also that year was the first edition of the Apache Geode Summit. Since then Pivotal GemFire (which now is VMWare Tanzu GemFire, due to VMware acquired Pivotal at the end of 2019) is known as the commercial version of Apache Geode.

Geode code is hosted on Github. The main repository apache/geode has more than one million lines of code, and its mostly Java. There are also other repositories, like:

How to know more

If you want to learn more about Geode, the starting point is the official documentation, but if you want to learn by coding, you can use the geode-examples repository I mentioned before and the “Apache Geode By Example” Youtube list.

I recently learned how to generate a patch with the content of a pull request in Github. Just add .patch at the end of the pull request URL, and a patch will be generated for you. For example: